Our MIS team is a Capita-accredited support provider for SIMS, with a wealth of experience in the management of pupil and staff information. 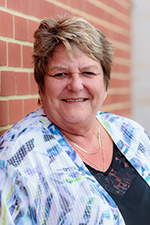 Viv has been working within the education arena for over 20 years, both within schools and for nearly 6 years within a Capita Accredited Local Authority as Manager of the SIMS support unit.

Currently managing the Capita Accredited MIS Team for SBS, Viv is considered skilled in the wide range of SIMS modules across the board and is a specialist expert within the secondary sector.

Viv has given many presentations and electives at Capita/SIMS national conferences covering a wide range of SIMS uses and was shortlisted for a BECTa excellence award. She has helped produce Capita/SIMS training materials (used by many Authority support units), including the School Improvement Programme courses, such as those for Senior Leadership Teams, Pastoral Officers and Inclusion Managers.

Whilst working within a secondary school, Viv was mentioned by name in an Ofsted inspection report for excellence in the use of pupil data. Viv continues to be a Senior Associate Member of the Institute of IT Training (IITT) and is confident in her approach to consultancy and training. 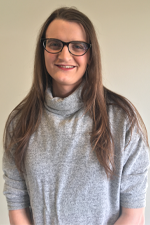 Cara has been using and supporting SIMS for over 10 years having originally started working at Capita in 2009 before moving to SBS in 2012.

She is the Service Delivery Team Lead for the MIS department supporting the consultants who look after our schools on a daily basis.

Cara has a wide area of knowledge around SIMS, having delivered training in all aspects of the product from Assessment to Personal. Her personal favourite is timetabling which was her first foray into the more complicated areas of SIMS and remains her first love.

Never wanting to rest on her laurels she has since become accredited in 2 new comers to the MIS market in Arbor and ScholarPack.

She has worked in schools up and down the country from Cumbria to Dorset, working closely with headteachers, SLT, timetablers and exams officers amongst others and relishes every moment she gets to be on site (although this is few and far between nowadays!) 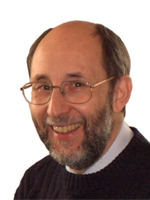 Seymour has worked as an educational consultant since September 2002 and SBS are pleased to be able to use his services as a senior SIMS consultant.

He has run courses in the training centre, delivered bespoke courses in schools, worked on specific projects with schools and delivered presentations to a wide range of audiences.

He has delivered electives for Capita at their annual conferences and been involved with delivering assessment seminars for Capita in different parts of the Country.

Seymour’s timetabling experience is quite broad. He has written many timetables for his former school since 1989 including the one for this year (as well as formulating the Option Scheme for these years). He has also written timetables for other schools of different types such as those with and without sixth forms, split sites and Special Schools.

Seymour would judge his strongest areas to be those concerning assessment and timetabling and their related functions. He has a wealth of school experience in his 29 years of teaching, having held the positions of Deputy Head (for 12 years), Head of Sixth Form, Head of Chemistry and SIMS Manager amongst others. 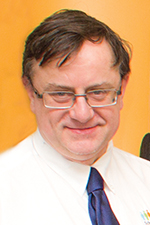 David has worked as an educational consultant for over 8 years and an expert in SIMS for over 18 years.

As an experienced trainer, David has presented to a wide range of audiences, delivering courses in both SBS’ dedicated training facilities and onsite for schools as a bespoke service.

David is proficient in supporting all areas of SIMS. He specialises in enabling Senior Leadership Teams (SLT) increase their use of their systems to increase efficiency and effectiveness. He is one of the few consultants that supports Timetabling, Assessment, Exams and the Post 16 environment including the census.

He is also adept in helping new schools to create systems from scratch.

He has over 11 years expertise in moving data between SIMS and other MIS systems. David has gained a wealth of experience having been a network manager of a large secondary school, a school governor for over 20 years within four different schools. In addition to this, he has been a chair of governors in two schools for over 5 years. 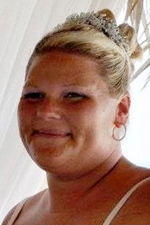 Nikki has been with SBS since 2012, working on the MIS Service Desk. Most customers have probably spoken to her at some point when calling in with queries.

Nikki was born into the SIMS environment, as her mum was a data manager at a local secondary school when she was growing up. She started working at East Sussex County Council on the SIMS helpdesk working alongside Viv Reed and Seymour Leeds, and found SIMS very interesting and so much to learn.

While at East Sussex County Council she worked 1 day a week in a local secondary school so she could see SIMS being used from a schools point of view.
Laura Bagnall
MIS Service Desk 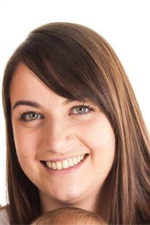 Her previous roles have been working on the frontline at an Independent school as an Early Years practitioner and swimming teacher.

As you can imagine this role at times was not without its challenges. However, at the same time very rewarding and gave her a good insight into the passion and commitment required to develop and teach our younger generation.

Laura has been working with SBS now since February 2016. She continues to develop and broaden her product knowledge and always strives to deliver excellent customer service when assisting our schools with their requirements.
Justin Bottinga
MIS Consultant 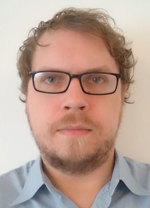 Justin has worked over 5 years in SIMS support. Originally, he started working at Capita’s service desk, working on 1st line, answering phone calls and dealing with customers as a first point of contact.

He moved onto 2nd line dealing primarily with the Reporting Module, School Census, End of Year Procedures before moving on to dealing with the timetabling side, such as Nova T6, as well as modules such as Options and Course Manager.

Whilst working at Capita, Justin already showed a keen interest in providing training sessions, regularly taken the initiative to provide training sessions for new starters, as well as more advanced hints and tips for more experienced members of staff.

Since joining SBS, he has taken his knowledge to provide training courses, as well as on-site support. 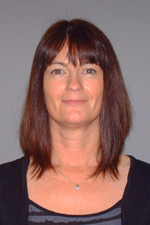 Dawn has worked in education since leaving school, starting at The Open University and then a secondary school where she worked for 16 years before joining SBS in July 2016. She has enjoyed the change in environment, working as part of a friendly, knowledgeable team and is constantly adding to the SIMS knowledge she acquired during her previous school roles.

Dawn lives in Milton Keynes with her family and has two grown up children who also work in education. She is an avid dog lover and boards/walks other people’s dogs on occasion.

Penny has lived in Milton Keynes for over 20 years during which time she worked in a local secondary school while raising her family. Here she gained valuable experience as a SIMS user and a good understanding of the pressures of school life, having undertaken several different administative roles including in particular her last 9 years as the exams officer, so she has extensive understanding of the exams organiser.

Penny joined the MIS helpdesk in December 2019 and is looking forward to learning how to use other MIS systems and to helping customers get the best out of whichever system they use. 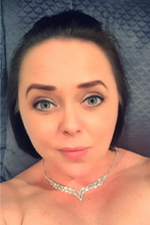 Lainey has lived in Milton Keynes all her life and she has worked in administration and customer service since leaving school in between raising her 2 daughters. Lainey has a desire and thirst for knowledge and has studied a wide variety at adult education including carpentry and beauty therapy and will always apply herself to gain experience where she can.

Lainey joined the “amazing” MIS team in April 2019 and has already gained a wealth of knowledge around SIMS and believes that with time she will continue to grow her MIS knowledge with the support of our team here at School Business Services. 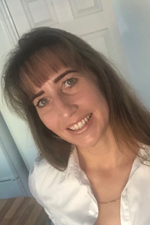 George started with us in March 2020, bringing 13 years of experience working in a SIMS Support Team. George is a qualified in TAP Training, Customer Service and ITIL Foundation.

George previously worked for East Sussex County Council, with Viv, Nikki and Seymour. She started on the SIMS helpdesk and later moved into training and 2nd line support.

Having a mum who was a School Bursar and spending many a day in the school office, George only knows too well how busy schools can be and uses this as her driving force to help make school staff work life easier with training and knowledge.

George has enjoyed the move to SBS and says its great to be part of such a proactive, professional family.

George lives in Kent with her 3 children and you will find her either running the Kent countryside, making celebration cakes for friends or practicing Karate with her son.